Together they make a natural double-act, making you wonder why it’s taken over twenty years for them to free up some time to record and gig as a duo. Why a natural double-act? It’s a mixture of the age-old yin/yang formula tempered with their similarities which makes them a force to be reckoned with.

Terry Edwards has largely been in the studio, on the radio or onstage somewhere in the world since the age of 20. He sings and plays an array of musical instruments - sax, trumpet, guitar, keyboards, flute - with a myriad of artists including PJ Harvey, Jesus & Mary Chain, Madness, Franz Ferdinand, Jerry Dammers, Gallon Drunk, Ronnie Spector, Spiritualized and many more.

Neil Frasers career encompasses fewer instruments and artists, but is prolific nonetheless - from a handful of Asphalt Ribbons records to many dozens of Tindersticks releases plus guest appearances with The London Dirthole Company and on several soundtracks for award-winning French film-maker Claire Denis.

“Would you like to play some tunes with me? I can't guarantee any money.”

Terry is at home in any musical world he finds himself thrown into - from conducting a classical chamber group for a performance of Big Star's Third album at London's Barbican Concert Hall, to emulating Rahsaan Roland Kirk's twin saxophone technique under the guidance of Eric Mingus - whilst Neil has steadfastly honed his individual guitar technique within similar settings for many years so that he can effortlessly make any group of musicians excel at what they do (without them realising quite how much he's engineering it!).

The pair met in the early 90s when Terry worked on Tindersticks' first two studio albums and toured with the band in the UK, Europe & USA. Having not played together in the late 90s/early 2000s Terry found himself back in the studio with Stuart A Staples playing on some solo records of his, which Neil was also a part of, before Tindersticks rose Phoenix-like and Edwards & Fraser were back on the road again. 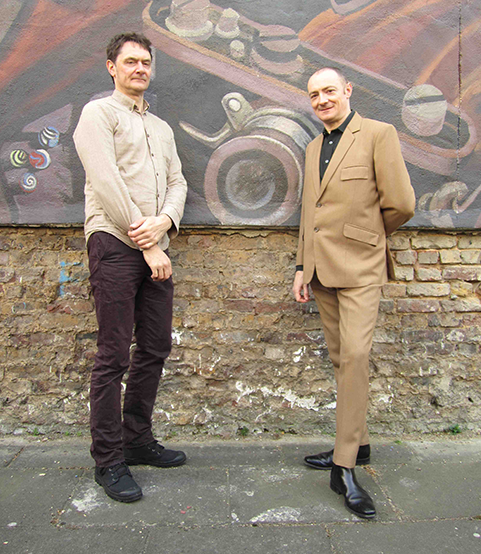 Fast-forward to 2015 and the opportunity arose for Terry to perform at the Edinburgh Fringe Festival, so he asked Neil to join him - using a similar invitation to the one with which he recruited ex-Madness bassist Mark Bedford to what would become BUtterfield 8 back in 1987: "Would you like to play some tunes with me? I can't guarantee any money." Seems to be a winning formula. Funnily enough one of those tunes was 'Harlem Nocturne', so there seems to be a pattern emerging…