Terry Edwards and Neil Fraser will be performing their newest set of music at the Edinburgh Fringe Festival this Summer. 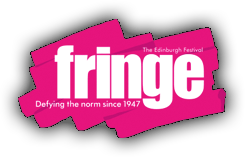 Having collaborated on and off since the early 90s Terry Edwards and Neil Fraser will present their brand new music alongside choice cuts from their back catalogue during their residency at the Edinburgh Fringe Festival from 7th to 30th August 2015. Gigs will be held at the intimate Caley Bar on Rutland Street.

"Just go and see them. Seriously, you are going to be knocked out by the show that Terry and Neil have put together.

Terry’s voice does real justice to Tindersticks songs that I have never been able to imagine anyone but Stuart Staples singing; and the choice of covers, ranging from John Cale to Tom Waits, probably feature in all Tindersticks’ fans’ record collections. Intimate doesn’t begin to describe the closeness you feel to both the musicians and the material in this venue. A venue where plush seems an inadequate description, as the hotel’s nightly rate is upwards of £500.

I saw the first night of what promises to be an unmissable run at the festival. I’ll definitely be heading back to see Terry and Neil again. Get yourselves up to Edinburgh. If you don’t, you’ll be kicking yourselves in years to come." - tindersticks.co.uk/forum